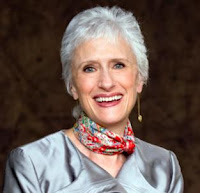 JUST IN THIS morning from the Mystery Writers of America:
“Sara Paretsky has been named the 2011 Grand Master by Mystery Writers of America (MWA). MWA's Grand Master Award represents the pinnacle of achievement in mystery writing and was established to acknowledge important contributions to this genre, as well as a body of work that is both significant and of consistent high quality. Ms. Paretsky will be presented with her award at The Edgar Awards Banquet, which will be held at the Grand Hyatt Hotel in New York City on Thursday, April 28, 2011.”
You can find out more about Sara at her web site here.
Posted by Mike Manno at 9:19 AM