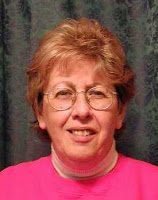 ONE OF THE nice things about attending writing conferences is you get to meet so many great people – all who share your love of writing. One of the first people I met at mystery conferences was Mary Welk, author of the Caroline Rhodes mysteries. Besides the Rhodes series, Mary’s writings and short stories have appeared in anthologies and mystery magazines. Mary is a nurse living in Chicago where she plans and promotes the annual Love Is Murder mystery conference.
Mike: Thank you for being with us today, Mary. Let’s start with a little background on you. I know you are a nurse, but can you tell us a little more about Mary?
Mary: I’m a native Chicagoan, born and raised here in the city. I’m married with six grown children: three boys and three girls who always hated being called the Brady Bunch by their friends, and 8 grandchildren. I’m an RN, recently retired from working in a suburban ER and now employed by a company that provides health care services for the employees and guests of the United Center (think Bulls and Blackhawks) and Cellular Field (think Chicago White Sox). I’m a rabid sports fan, dedicated gardener, and, of course, an avid reader.

MM: Your main character is Nurse Caroline Rhodes, can you give us a little background on her? How closely identified she is with you?
MW: Caroline Rhodes is a compilation of the many fine nurses I’ve worked with over the years. She’s intelligent, curious, compassionate, and very knowledgeable when it comes to her profession. Like me, she’s an ER nurse with years of experience under her belt. Unlike me, she married her high school sweetheart right after graduation, had three children in quick succession, and didn’t attend college until after her children were in school. Also unlike me, Caroline is a widow in her late forties who moved from Chicago to the small university town of Rhineburg, Illinois where her married son and daughter-in-law live. Her two daughters – both single – still live in the Chicago area.
MM: Professor Carl Atwater is another main character in your books. What is his relationship to Caroline and your story lines?
MW: Professor Carl Atwater is the chairman of the history department at Rhineburg’s Bruck University. Carl is in his early seventies and closely resembles Santa Claus in appearance – white hair and beard, almost as round as he is tall, and addicted to red flannel shirts, corduroy pants, and work boots. He is mentor to Caroline’s son Martin, a PhD candidate in history who hopes to teach at Bruck after graduation. Carl is also the town’s historian, and in that capacity, he can’t help snooping around when he stumbles on secrets from the past.
MM: I show four books in the Rhodes series: The Scarecrow Murders, A Deadly Little Christmas, Something Wicked in the Air, and To Kill a King. Am I missing any? I know some have been re-released, can you tell me something about that?

MW: I’ve written four books in the “Rhodes to Murder” series, starting with A Merry Little Murder (originally released as A Deadly Little Christmas). Next in line is The Rune Stone Murders (originally released as Something Wicked in the Air) followed by To Kill A King and The Scarecrow Murders. Playing on the series theme of “Rhodes to Murder”, publisher Karen Syed renamed the first two books when Echelon Press released them as revised second edition reprints in paperback and Ebook format. To Kill A King is currently out of print, but is scheduled for release by Echelon as an Ebook reprint in 2011 under the title The Heat Wave Murders.
MM: Can you tell me about some of your other writings and short stories?

MM: You are involved in something called “the Mystery Mavens,” can you tell us a little about them?
MW: Luisa Buehler, Sandy Tooley, and I have been touring together as the Mystery Mavens for several years. We have five distinct programs that we present at libraries and to women’s and writers’ groups. Probably the most requested program is our “Fifty Ways to Leave Your Lover – Dead!” Luisa writes an amateur sleuth/cold case series while Sandy is the author of two mystery series that combine paranormal with Native American spirituality, plus she’s written a YA mystery. My novels are what I call intergenerational medical/academic mysteries: my characters range in age from their 20’s (Caroline’s children) to their 40’s (Caroline) and 70’s (Carl), and two of the books feature a hospital background while two are set in the halls of academia.
MM: How did you get your start writing?
MW: I’ve been writing since I was a teenager, mostly short stories, song lyrics, poetry, and stage plays. I began writing mysteries in earnest in 1992, and saw my first book published in 1998. Writing more or less ran in my family. My father and two of my sisters are published in non-fiction, and my mother wrote poetry. My parents encouraged all of us to read, and my love of books seemed to naturally lead to writing.
MM: How and when do you write?
Back when I was working a 3 to11:30 p.m. shift in the ER, I wrote almost every night after arriving home. I generally wrote until 2 or 3 a.m., then slept late in the morning. Now that I’ve left the ER and my husband is also retired and at home, I’m able to write during the day and early evening. I write using my computer – longhand using pen and paper is just too difficult for me because I always seem to be editing and refining sentences as I write. Too many crossed out words on paper. I need to have the plot completely formed in my mind before I start writing, although I find that as I write, details sometimes change and the plot can suddenly twist in a way that I hadn’t expected when planning the story. 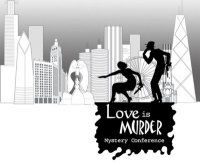 MM: You work on what I think is the best mystery conference of the year, Love Is Murder, can you update us on the upcoming LIM?
MW: This 12th annual Love Is Murder conference looks to be the best one yet. We have over 60 national authors coming, as well as our featured authors Rhys Bowen, Joe Finder, Carolyn Haines, Joan Johnston, Jon Land, F. Paul Wilson, and local guest of honor Michael Dymmoch. Along with panel discussions and pitch opportunities, we’ll have presentations by experts on bloodstain patterns, forensic computer discovery, money laundering and racketeering, DNA, guns and other weapons, and a special presentation by Deputy Coroners Tammy Williams and Orlando Portillo of the Lake County Coroner’s Office. Add in fun events like DEATH Bingo, Stump the Stars, a mystery play by “Those Were the Days Radio Players”, a champagne art tour of the conference hotel, and a Saturday evening awards banquet and you have the makings of one great conference February 4-6, 2011. Folks can go to www.loveismurder.net for more information and registration forms.
MM: Thank you, Mary.
Here are links to Mary’s books on Amazon and her website/blog: http://tinyurl.com/379m6lo; www.marywelk.com
Posted by Mike Manno at 6:22 AM