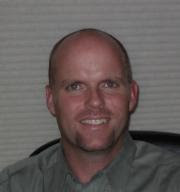 NOW THAT THANKSGIVING is over and we are moving into the Christmas season, I thought I’d use the season to pepper the blog with some authors who write from a faith viewpoint. Brett Dougherty, who writes under the pen name Ian Brett, was introduced to me by some friends from church as someone who had just published a “Catholic-themed” thriller. Okay, I’ll bite – let’s meet Brett.
Mike: Welcome, Brett. Before we get into your thriller, can you give us a little background on you?
Brett: I was born and raised in Marshalltown, Iowa, and have resided in Melbourne, Iowa, for the last 18 years. I am a lifelong Catholic, though I truly embraced the faith as my own at the age of 25. I am married to Pamela and there are a total of seven children, most still at home, but one married and one in the U. S. Marines. I have worked in real estate investment and contract construction for 24 years.
M: Okay, tell me how you came to write a “Catholic” thriller.
B: I have read quite a lot of Dean Koontz, as well as Michael D. O'Brien and, several years ago, Bud McFarlane. I realized that there aren't a lot of Catholic-themed thrillers out there, but I have always enjoyed them when I chanced upon them. Koontz isn't usually blatantly Catholic, though he himself is. There are some subtle Catholic themes that make appearances here and there.
Seven years ago, on a whim, I decided to write a novel. The basic story had been bumbling around in my head for awhile. Originally, I got as far as three chapters. That was it. It was three years ago that I found the file and resumed the work. I wanted to write a story like the one story that I would be thrilled to discover and read! Into a Soul Enters the Cold contains a heavy dose of Catholicism, supernatural occurrences, a mystery, eccentric characters, a lurking darkness, and then, in the end, an epic contest between that which is holy and that which is not.
M: What is the story about?