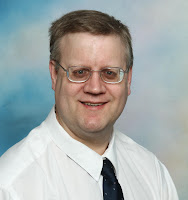 THIS WEEK WILL mark the publication of the first paranormal-mystery novel for my friend Stephen L. Brayton. He has two books that will be published as e-books by Echelon Press and will be available in Kindle and other formats. The first, Night Shadows, will be available this week, and the second, Beta, will be available in July. In addition to writing, he is a 5th Degree Black belt in taekwondo and owns Brayton’s Black Belt Academy in Oskaloosa, Iowa. I’ve known him for several years and am happy to have the chance to include him in my blog. This is also a good time to be discussing e-books, since my friend Robyn Gioia has been discussing them in her column for the past two months, and much of the recent Love Is Murder mystery conference in Chicago dealt with the recent e-book phenomenon.
Mike: First, let me congratulate you on the forthcoming release of your two books with Echelon. Can you give us a short synopsis of each, starting with Night Shadows?
Stephen: Thank you. Night Shadows is my first novel coming out only as an e-book. Here is the quick plot: Des Moines Homicide detective Harry Reznik teams with F.B.I. agent Lori Campisi to investigate a series of gruesome murders. While dealing with personal problems, the unlikely pair find themselves battling malevolent creatures from another dimension.

Reznik is a homicide investigator whose wife is pregnant. He's dealing with a series of murders in the Des Moines Metro. Campisi, along with her regular Bureau duties, is sometimes called to investigate paranormal or supernatural occurrences. She is battling a personal problem of amnesia: she cannot remember her childhood before age twelve.
A power hungry fanatic has released killer shadow creatures from another dimension via a spell from an ancient book. It is up to Reznik and Campisi to work together to end the horror.
M: And Beta?
S: The second book, Beta, concerning a Des Moines private investigator-martial arts instructor, comes out as an e-book in July. Mallory Petersen is a young P.I. with her own martial arts school in Des Moines. While she is a success at taekwondo, her P.I. business tends to attract the nuttier side of society. However, when she is hired by Cheryl McGee to find her eight year old kidnapped daughter, Cindy, Mallory finds herself entering the world of child pornography. Using her martial arts skills against constant enemies, she tracks Cindy from Des Moines to the Quad Cities [Davenport- Bettendorf, Iowa – Rock Island-Moline, Illinois].

M: How much of that martial arts instructor is you?
S: Well, you know the familiar saying about write what you know. I’ve taken my years of training in martial arts and put them into the story. However, her techniques are a lot smoother than mine. She’s also more spontaneous and willing to jump into a challenge than I might be. Lol. However, I hope I’ve also shown her human side. She has a problem with keeping a hold on her emotions. However, knowing the subject matter and the people she’s fighting against, it’s sometimes understandable.
M: How did you get started in writing?
S: I've written short stories ever since I was a child. I read a lot of mysteries, thrillers, and horror novels and thought, "I want to write something people will enjoy." I didn't get really serious until about 1998 when working for a radio station in Kewanee I wrote a superhero introductory trilogy comic book, ironically titled Nightshadow. During the slow times at work, I wrote a fantasy/paranormal type story regarding my high school classmates. After moving to Oskaloosa and beginning taekwondo I wrote the first story with the P.I. who also taught martial arts. Then the plot for Beta hit me hard and I completed it. Night Shadows was conceived after listening to a radio show discussing reported experiences of shadow creatures.
M: Can you tell us about your road to getting published?
S: I attended the 2007 Love is Murder conference where I pitched both Beta and Night Shadows. Unfortunately, both were rejected. I spent a couple of years editing and polishing and at the 2009 Killer Nashville conference met Mary Welk [see my interview with Mary] of Echelon Press, who was actually there seeking short stories. I had written several and after discussing with her Echelon's requirements pitched the novels. In October of 2009, I received an e-mail from Echelon accepting both Night Shadows and Beta. In late 2010, Echelon also accepted three of my short stories and one short story I wrote with another author. In 2010, while waiting for my books to be edited, I inquired about assisting Echlon Press and soon became both an editor and marketing director for Echelon Shorts.
M: What do you do as marketing director for Echelon Shorts? And do you have any voice in what shorts are selected?
S: I help promote authors and their work. I’ll promote their covers on various websites. Plus, I’ve done a number of author interviews on my blog. As an editor, I looked at a few submissions and made recommendations for either acceptance or rejection. However, recently, I’ve been asked to step back from the editing to focus on my writing.
M: It is always interesting to know how writers write. Can you tell us something of your writing style: When do you write, what goals you have at a sitting, etc.?
S: Usually I write during the slow periods at work. Since I work overnights, I have several hours of quiet downtime usually listening to classical music. But I will sometimes write on a summer afternoon overlooking the river or enjoying the light breeze at the city park. Normally, I'll scribble down several ideas for stories and maybe some accompanying notes. I wait until one idea won't leave me alone then I'll start on an outline. Usually, I'll have several scenes I'd like to include and work those in. Then I'll start researching the unknowns, usually by visiting certain sites for descriptions or speaking with various people who can provide me with the information I need.

For a long time I wrote stories longhand, filling up five or six notebooks. I follow the outline, but I'm not a servant to it. Usually, as I go along, I'll either want to add in something else or else decide the particular timeline in the story isn't working and will have to make adjustments. Then I'd transfer the pages to computer, basically, getting in my first edit. Then I'll read it over, correcting spelling, grammar, etc., as well as strengthening up weak points. I may delete or add scenes as necessary. I've attended several writers' critique groups and found them invaluable. They will tell you where your stories need help.
Maybe I've just matured in my writing, but since I've owned a laptop, I've discovered I can write about as easily on the machine as I did with pen and paper.
M: Marketing for e-books is different than for paper books; how do you plan on marketing your e-books? 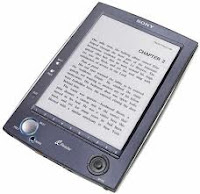 S: Since my books are e-books, I have to market on the Internet. I'm on several author sites, including Crimespace, MurderMustAdvertise, plus several others, and of course Facebook. Of course I have my website, as well as the weekly blog. I've also attended speaking engagements for local Rotary clubs, colleges, as well as an internet radio show discussing the paranormal. I hope to have an opportunity for further media interviews.
M: Do you know if there are any plans to bring either book out in trade paper?
S: I’m not going to criticize e-books because I think they’re the new wave and they have their advantages. They’re better for the publishers since they won’t have so much overhead. In a lot of cases they’ll be a little less costly for the consumer, plus, with the book readers, you can have hundreds of stories at your fingertips. However, I’m a little old school and there’s nothing like holding onto a book, smelling the pages and the ink. Although I haven’t heard anything about printing any of my books, I hope to someday have one. Maybe if I sell enough e-books? Lol.
M: What upcoming projects do you have on the drawing board?
S: I'm working on the rewrite of the next Mallory Petersen story, Alpha, and plotting the third. I’m also working on the next two Reznik/Campisi sequels.
M: Do you have any hobbies other than writing?
S: As mentioned, I'm heavily involved with taekwondo, attending a few tournaments per year. I've also dabbled in some graphic design projects from time to time.
M: And if someone wants to contact you, how can they do so?
S: My e-mail is: slb@mahaska.org
M: Thank you, and good luck with the books.

Stephen’s books will be available at the Echelon Press website.

February 16 update: Night Shadows is now available for download from the OmniLit website.
Posted by Mike Manno at 7:16 AM