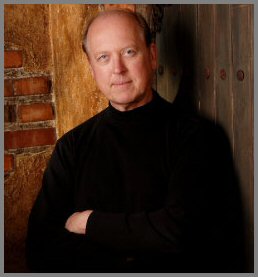 THIS WEEK I’M visiting with a local author that I have almost continuing contact with: Alan Loots. In a city the size of Des Moines most authors tend to know one another – sort of – we meet at book shows and library events, but often don’t get to know each other as well as we’d like. So this week I’m taking the time to get to know one of my “traveling companions” a little bit better. Alan is the author of the suspense novel Storm Lake. And you can often find him the first Tuesday of the Month at the writers group at Beaverdale Books, and, as I understand it, he was a professional musician at age ten!
Mike: Thank you for taking the time today, Alan. Please give us a little background of your life.
Alan: I am a native Iowan, born in Carroll, and moved to Des Moines as a teenager. I am a graduate of Valley High School in West Des Moines and have a Journalism degree from Drake University. Along with writing, I am an advertising account executive with KCCI-TV here in Des Moines.
M: Your bio shows a variety of interests and endeavors throughout your life. Is there any thread that ties these together?
A: I guess I have always liked different aspects of the entertainment business, trying to communicate my ideas to others in an entertaining way. Whether it was making a student film in college, writing songs and peddling them in Nashville for a summer, being a guide at a large cave attraction in Colorado, taking photographs, writing screenplays or a novel, the thread would trying to tell or show an idea of mine.
M: Okay, tell me about how you became a professional musician at ten years old? I am right about that, aren't I? 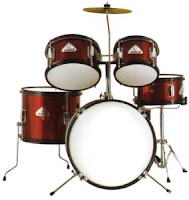 A: After a year of lessons, I started playing drums in my father’s big band nearly every Saturday night. I did that for ten years, playing small venues to large ballrooms across the state. This was quite an eye opener for me, in many ways.
M: Does your novel, Storm Lake, contain any influences of your music career or of your other entertainment interests?
A: My love of music played a small role in the book. There is a short section in the novel that gives readers a view of what that experience was like. It’s of a different era, really.
M: Tell us about Storm Lake. I’ve heard you speak in public about it, and you have a revelation about the title, don’t you?
A: Storm Lake is not about Storm Lake, Iowa. That’s it. The novel is a thriller and about half of it is set in northwest Iowa. Readers will recognize locations in that area of the state, but my fictitious town of Rockwood is a composite of three small towns in Iowa and Minnesota. My editor had some reservation about the title, but, although it may be a little confusing to Iowa readers, it would not to those outside the state. Besides, it has provided a talking point when I do book signings and presentations. Actually, it has helped me get more engaged with my readers.

M: Tell us how Storm Lake came to be; and can you share a little of the story?
A: Storm Lake took quite a few years to complete. The beginning of the process actually started with a location, not a story idea. I was driving home from a vacation and I stumbled across a very unusual lake house in a small town. I became fascinated with it and knew that I had to create a story that included this house. With the image implanted in the mind, I slowly created a suspense story in my head for the next two years. I committed nothing to paper. Once I was satisfied with the complete storyline and all of the characters, I started to put in all down via my keyboard. It was wonderful to see the novel come to life on the screen. It took me several years to complete, working on it when I could…late night and weekends.
M: What is the storyline?
A: It is a contemporary suspense story about Michael Lund, a young college professor who gave up a dream years before, but is now given a chance to fulfill it, at least for a short while. His yearning was to be a special agent for one of the federal government’s security agencies. With his expertise in criminology and his research into cults and militias, he is unexpectedly recruited by the FBI for a freelance assignment. He accepts, and then…..
M: …and then?
A: As I said, it is suspense. Your readers will just have to find out when they read the book.
M: I would have said the same thing. How is Storm Lake doing?
A: I’m very pleased with things so far. The trade paper version been selling well, and has had some nice reviews, which I truly appreciate. It was also published as an e-book in all formats about four weeks ago. I am interested to see how this goes. I am hoping e-book editions adds readers to all books as opposed to replacing readers of print books. Time will tell.
M: Where can you purchase a copy?
A: Through any bookstore and all on the on-line bookstores like Amazon, Borders, Barnes & Noble, Books-A Million and Powell’s. The e-book version is available at Amazon, Borders and Barnes & Noble. Apple’s ibooks is supposed to have it soon.
M: Any advice for beginning writers?
A: Speaking of suspense novels, only, not much, since I have but just one novel out. Read many books in the genre you want to write. Come up with your own special storyline, but study how successful suspense writers put it all together. Also, get yourself a good editor.
M: Will there be a sequel of Storm Lake?
A: Not yet. I have had many people asking me when a sequel is coming out. I tell them I am not ready for that yet. I want the next episode to be as good as the first, if not better. In the meantime, I am writing another suspense novel called, The 27th Window. I am excited about it and having fun developing the story. I’m hoping this one will be out next year.
M: How can readers get in touch with you?
A: I have a Website, alanloots.com and they can also check out my Facebook page. I really like the correspondence from readers. Please, let me hear from you.
M: Anything else you would like to say?
A: Yes. Support your local bookstores and local authors. And thank you, Mike, for letting me be your guest. I think your blog is great.
M: Alan, thanks for being with me today, and good luck with Storm Lake and let me know when The 27th Window is ready.  As usual, readers are invited to make commens.
Posted by Mike Manno at 6:36 AM