SINCE LAST FALL, a panel of writers, working with the Iowa Arts Council, have been sponsoring a chapter by chapter mystery writing contest called the Modern Dickens project.  I asked my and award-winning author Kali Van Baale for an update.  Here is her reply:


We’re now open for entries for Chapter 9 until midnight of June 21st. We’re starting to wind down the contest--and the story--with only 4 chapters to go. The challenge for writers submitting at this point of the contest will be to start wrapping up plot points, answering unanswered questions, and tying up loose ends. But the great fun for writers entering at this point, is that they get to decide the fate of our characters and outcome of the story!


We’ve named 8 winners so far (with one winner submitting anonymously under a pseudonym) and didn’t pick a winner in April, as there were no submissions deemed suitable by the editorial panel. We held a public reading at the Des Moines Social Club last weekend, the first time we had all 7 winners and guest author John Domini together on the same stage, and each had the chance to talk about their contribution to the story and their process. There is a discussion thread about the MDP story between several of our authors on Facebook. Go to the Modern Dickens Project Facebook page and click on “discussion” in the left-hand box. Complete details about the MDP, submission guidelines, and the winning chapters (read for free!) are still available on our website: www.moderndickens.org. 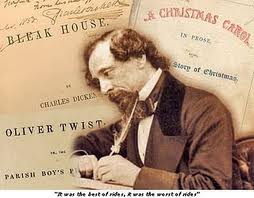 In the dome of the Capitol building, Stephanie Ketchum Acuto, or Stikka, receives a text message from her former lover, Emmy, whose wedding to another woman Stikka is in town to attend. THE DEVIL IS DONE WITH SINNING, DONE WITH EVERYTHING, ANDYOU’RE ALL AS GUILTY AS SHE. Stikka, a former MP who served in Iraq, immediately jogs to Emmy’s apartment in the East Village to confront her about the strange message. There, she finds the police and learns that Emmy has been shot and killed.


A few hours later, eager to escape the stress and grief, Stikka accompanies her boyfriend, a third‐year law student at the University of Iowa, on a call to rural Iowa for the immigrant‐rights organization, Equal All, that he interns for. On the way, they learn that the Bosnian immigrant being held in Zephaniah is a suspect in Emmy’s murder. Once there, Saul and Stikka succeed in getting Semezdin Jelenik released, since they believe the hateful sheriff is just pulling a publicity stunt. Outside, they meet Semezdin’s beautiful daughter Sanita, who follows them on their way to pick up his car. On the road, Semezdin tells Saul and Stikka that he had met with Emmy on the morning of her death. Semezdin’s late son Enver had served with Emmy in Iraq, and Semezdin trusted her expertise in security. He confessed to her his fears that the building his construction crew was putting up was a front for Forcenet Sampson, a company that builds operating components for military contractors and government fighter jets.
The four reach the parking lot, and Semezdin, while walking toward his car, pushes the remote start. The car explodes. Semezdin is not seriously hurt, but the four realize that someone is trying to kill them. Afraid to return to Des Moines, they hide Sanita’s car in a remote barn and flee to a condo in Clear Lake owned by Saul’s friend. On the way there, Saul’s father Abe, a former Des Moines cop, calls to inform them that Stikka is a person of interest in Emmy’s murder and that there’s a warrant out for her gun, which she’s keeping at Abe’s house for the weekend. Later that night, Abe calls again to say that the police couldn’t find Emmy’s gun at the house. Saul and Emmy are confused and worried, and fall asleep watching a strange figure watching their house from across the road. 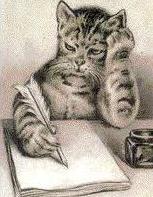 The next day, Saul, Stikka, Semezdin, and Sanita leave the condo to return to Des Moines, after learning that there’s a warrant out for Stikka’s arrest and that Nash Gilliam, an Equal All worker, found no evidence of an explosion in the construction parking lot. When they return to the barn where they hid Sanita’s car, they find Nash dead, hanging from his neck inside the barn door.


Stikka is arrested for Emmy’s murder and taken to a holding cell in Charles City. The murder weapon was identified as Stikka’s, and her fingerprints on it. Mitchell Stephens, Emmy’s fiancé’s lawyer, meets with a powerful but shady character named Harry, who directs him to join Stikka in Charles City and work as her lawyer as well. Meanwhile, Emmy’s brother, Richard Dundstadt III, the rebellious son of a wealthy insurance family, goes to a scheduled rendezvous in a hotel room and finds that Harry has left him a copy of an email from Emmy to Semezdin. Harry then poses as Richard and meets Semezdin at his hotel, threatening his daughter if he does not take over the work Enver was doing for them.


Stikka is transferred to the Polk County Jail, where she meets with her estranged father, an evangelical minister who begs her to renounce her sodomizing friends. While waiting for her mother to arrive, she reflects on her childhood and the beginning of her college romance with Tony Acuto, her late husband. Saul is called back to Iowa City to meet with the director of Equal All. Returning to his apartment, he finds Richard, an old friend from high school. Richard confesses that he insures drug‐running jets for his father’s company, but without his father’s knowledge. He also reveals that Emmy’s fiancé Dot was his girlfriend, and carrying his unborn child, before Emmy even met her. When the two women meet at Richard’s house, they spend the night together and Emmy convinces Dot to abort her baby. Richard is devastated by the abortion, and his anger and regret drive Dot into a relationship with Emmy. With Richard’s input, Saul begins to doubt his relationship with Stikka. Semezdin calls Richard, revealing that he had met with someone posing as Richard and asking to meet in person to talk.
Posted by Mike Manno at 6:21 AM