First Monday With Robyn: Middle graders and the world of Fantasy 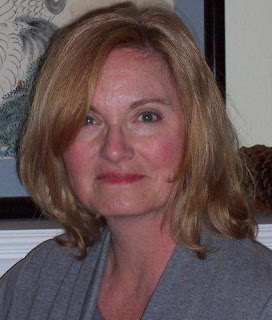 Things are changing everywhere in the writing world.  Including what kids are reading these days. I have been teaching literature since 1990. It has been mine, and many other teachers’ mission to bring the written word to life for our students. Because there are so many distractions out there, like sports, television, and video games, our job has been challenging. But do it we must.
In recent years, students have combed through my classroom bookshelves, looking for the latest books in a variety of genres. This year has been different. Unless it was assigned, a portion of them wouldn’t touch a book with a ten foot pole. It was too much effort. I heard one girl saying Harry Potter was her favorite series and when the real Harry Potter fans starting talking about the books, she had to admit she had never read them. She had only watched the movies. 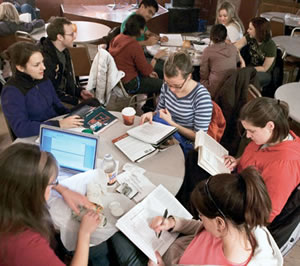 Fortunately, I have the pleasure of teaching the advanced reading group. They on the other hand, are voracious readers. So much so, I had several parents throughout the year complaining their kids were reading late into the night, with the old flashlight under the sheets trick. I just nodded my head and said I would talk to them, but was really chuckling inside.
For our last book of the year, we took on Tom Sawyer. The vocabulary would send any academic to the dictionary. They did so well, they actually complained about the lack of new vocabulary words toward the end.  As a reward, I told them they could partner up into literature groups and pick their own books.  I would sit in on their conversations and grade them accordingly.
After teaming up into groups, they discussed what books to read. I made suggestions, but they were only interested in fantasy. Every single one of them. The more fantastic the fantasy world, the more they were interested. One of the groups pulled out a Nook and browsed the bookstore. From the description and the looks of the cover, they agreed to read The Emerald Diary, at over 400 pages.  Just like that. Another group followed their lead. 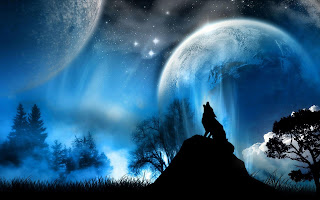 When they met in their literature groups, I could barely hear in the room. The noise was deafening. They were so excited about the new worlds they were reading about, they talked over each other trying to give details and events. If someone could have bottled the energy in the room, our country’s fuel problems would be over. The kids weren’t able to talk fast enough to keep up with their enthusiasm.
I made the mistake of asking each group what the plot was about. They couldn’t tell me fast enough. I had to bow out politely after getting the gist of the story, because they were giving a blow by blow synopsis of every detail. I had to stand back and look at the excitement in the room. These kids were on fire!
As I reflect back on the year, I give credit to several things. Parents who model reading to their children, teachers who take their jobs seriously, and last, but not least, the army of hardworking authors who skillfully bring their imaginations to life.  Well done to each and every one.
Now, I must get back to revisiing my own fantasy.  Happy reading everyone.
Posted by Mike Manno at 8:23 AM