AS READERS TO this blog know, I love to attend writer’s conferences where I can meet fellow writers. One of my “finds” as a fellow is New Jersey’s Jeff Markowitz. I don’t really know why I hit it off so well with Jeff, perhaps it is because he travels from New Jersey to Chicago; but it is most likely because my family is from Philadelphia and most of my relatives are in the Philly-Jersey area. Besides, most folks here in the Midwest tell me I sound like a Jersey-ite at times. Anyway, Jeff writes the Cassie O'Malley Mysteries. He holds a Bachelor's degree in psychology from Princeton University and graduate degrees in special education and human services. For the last thirty-five years, he has worked in New Jersey’s non-profit sector developing community-based services for children and adults with autism.
“Recently,” he says, “I discovered that I also have something of a flair for killing people.” Hummmm?
Mike: Jeff, welcome to my blog. To get started, please tell us a little about your main character, Cassie O’Malley. 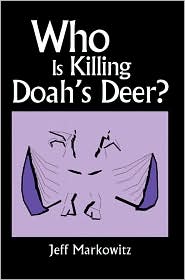 Jeff: My alter-ego, Cassie O’Malley is a tabloid reporter and amateur sleuth. She is a woman whose life has failed to live up to her expectations. A Princeton graduate now in her late thirties, Cassie has been a widow for nearly fifteen years. Her dream of becoming a big-time investigative reporter has been replaced by the reality of her job writing outlandish stories about space aliens and psychics for a barely reputable tabloid magazine. And when the long time owner/editor sells the magazine, even that seems to be crumbling. And then there's the small matter of the dead bodies...
Cassie used to have her own blog. She once wrote:
Some of you are not convinced that I am real. Some of you are of the opinion that I am a fictional character in the Cassie O'Malley Mystery Series written by Jeff Markowitz, that I am only a fictional character in the Cassie O'Malley Mystery Series. You can believe that I am a fictional character in a mystery series. But there is another possibility. Perhaps Jeff Markowitz is the fictional author of my life story, my nom de plume. Perhaps...
Thankfully, Cassie has lost interest in blogging.
M: And that answers the question: Who is the real person here? Okay, in what kind of adventures does Cassie get involved? What is the story behind each book?
J: The Cassie O’Malley Mysteries weave elements of Pine Barrens history, geography and folklore into traditional, amateur sleuth mysteries. There are currently three books in the series.
Who Is Killing Doah’s Deer? When the deer in Doah Township begin dying in large numbers, under mysterious circumstances, Cassie is on the story. But when she discovers a dead body among the deer, she is thrust into the middle of a murder investigation. Before the murder can be solved, Cassie must sort fact from fiction as she is confronted with questions of local politics, marital infidelity, Pine Barrens folklore, Siamese triplets, sea monsters, pterodactyls, plesiosaurs and the elusive Jersey Devil, leaving Cassie finally to grapple with the question, Who Is Killing Doah’s Deer? 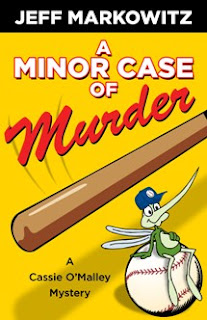 A Minor Case of Murder. When Andy MacTavish brings minor league baseball to White Sands Beach, not everyone welcomes the club. Birders are especially upset by the location of Sand Skeeter Ballpark, but will they resort to murder to protect the birds’ nesting areas? When a woman dies at the ballpark, during the final game of the season, Andy asks Cassie for help. Is it murder? Is the dead woman the intended target? Does the dead woman signal the end of the dispute or is this just the beginning of hostilities?
It's Beginning to Look a Lot Like Murder. Cassie O’Malley is back in a Christmas mystery that will keep you laughing and guessing until the final showdown. At odds with her new boss, Cassie finds herself covering the shopping mall at Christmas. Cassie wants nothing to do with the assignment. Then Big Mack turns up dead in the men’s room, his throat slit. Sensing an opportunity for fifteen minutes of fame, mall security guard Oliver Berryhill spins a heroic tale of his confrontation in the men’s room with the loan shark. The police are skeptical, but Big Mack’s son, the even bigger Little Mack is determined to avenge his father’s murder. Barely a week later, a second body turns up in the employee break room and Cassie finds herself covering a double homicide. In a race against time, Cassie must solve the double murder before a third victim is killed. 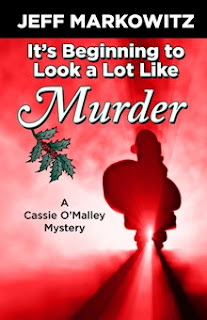 M: We both were together in Chicago at the recent Love Is Murder conference. There was a lot of talk this year about ebook, and my regular contributor, Robyn Gioia, has also written extensively about ebooks. Is any of your work in ebook format?
J: Like most authors, I have gradually begun to put my writing on kindle. My first book, Who is Killing Doah’s Deer? is now available on kindle and I expect the entire series to be available later this year. Additionally, I have several short stories available on kindle.
The Sound Bite and Other Stories – What does a mystery writer write when he's not writing mysteries? A political candidate struggles to find an answer that will satisfy reporters when they discover his secret past in The Sound Bite. A single mother confronts her decision to place her son in a state psychiatric hospital at Christmas in State Home for the Holidays.
Twelve Steps and Other Stories – A man has a drink with his dead brother in the ghost story, Twelve Steps. And in Gilligan Finds a Body, a body is found floating in the water off of Fells Point.
M: How did you get started writing?
J: It took me thirteen years to write my first manuscript. Twenty-seven years if you count the re-writes. The Last Bodhisattva isn’t a mystery. It's a modern Buddhist parable, a cross between On the Road, by Jack Kerouac, and Monkey, a 500 year-old Chinese folk novel generally attributed to Wu Cheng-En. I began writing the book in 1975, at the age of 23, and wrote on-and-off for thirteen years, completing it (for the first time) in 1988. I tucked the manuscript away in a file cabinet and went about my life. Every few years, for the next fourteen years, I pulled The Last Bodhisattva out of the cabinet and did a re-write. The Last Bodhisattva never worked as a novel. But, after cutting approximately 60,000 words, it made for a pretty good short story. In 2006, The Sound Bite was published in Woman's Corner Magazine.
M: How did you finally get your first novel published? 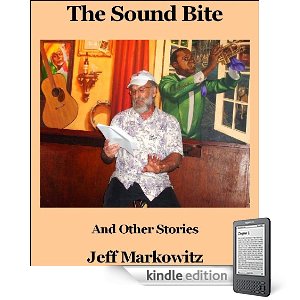 I don’t think many people realize that the Mystery Writers of America used to have a publishing agreement with iUniverse. As a result, in 2004 I joined MWA and published my first mystery with iUniverse. In 2005, iUniverse was the major sponsor of Love is Murder. I made the trip to Chicago, met the Acquisitions Editor for Five Star, and several months later signed my first traditional publishing contract.
M: Do you have any advice for a novice writer looking for a publisher?
You mentioned before that you enjoy attending writer’s conferences. As do I. The first time I went to Love is Murder, I made the trip on the advice of a friend who said, “If you want to be a writer, you have to start going to the places the “real” writers go.” I have found the mystery community to be an incredibly supportive community, but no one will come looking for you. You have to “go to the places where the real writers go.”
M: What upcoming projects are you working on?
J: I’m currently writing the next book in the Cassie O’Malley Series. Cassie is investigating the death of the local library director. 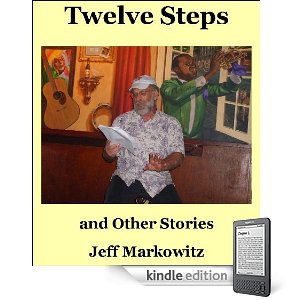 M: Besides writing, do you have any hobbies – or do you have any spare time?
J: In my spare time I drink scotch and complain that I don’t have time to write. (Actually, I just came back from a week of snowshoeing in the White Mountains. If you’re interested, the photos are posted on my facebook page).
M: How can readers find you?
J: Readers can find me at my website and can leave a comment on the contact form, or can send an email to jeff@jeffmarkowitz.com.
Readers might also be interested in my blog. The blog address is cumbersome (http://doahsdeer.xanga.com/) but you can also follow the link from my website.
M: Thanks, Jeff. And that “cumbersome” blog is linked to on the right column under “Mike’s Blog List.” Happy writing!
Posted by Mike Manno at 6:18 AM