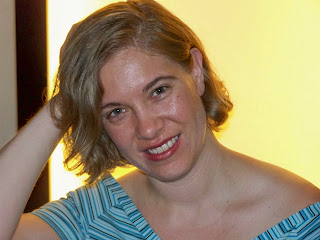 THIS WEEK I’M making a complete change of pace and turning to children’s writing. My good friend Ransom Noble is a local (Des Moines area) author whose first novel, The Art of Science, deals with the struggles of a seventh grader who is trying to find the balance between her academic classes, her love of art, and friends and classmates who will not get along. Or, as Ransom puts it: a G-rated seventh grade soap opera.
Mike: Welcome, Ransom. Can you tell me what first got you started writing?
Ransom: I've been making up stories since before I could write. Once I did learn to write, I've been sharing them with friends and family as much as I can. I love connecting with people that way - to let them enjoy things I've created.
M: Was your writing always geared to children?
R: No, I often just write what comes to me. Sometimes it's for kids but not always. The Art of Science started as a project for a children's writing course.
M: What age group are you aiming for?
R: The book is best for ages 9 to 13, and it's more toward girls than boys. This is because the protagonist, Janie Hunter, is female. It's interesting that girls will read books about boys, but boys are less likely to read books about girls.
M: The Art of Science has a message for the reader. What is it and how do you get it across to your reader without being preachy? 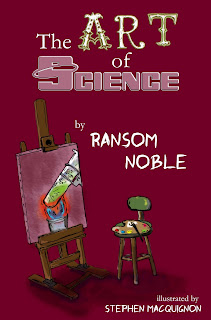 R: The message in The Art of Science is about learning to be yourself. Junior high is about the age where kids make decisions that aren't always in agreement with their parents. In the book, Janie and her mother see things differently. I didn't set out to write that, and I think that's why my readers like the book. I just told Janie's story.
M: Are there any special rules for children's writing?
R: One thing they tell you is that your protagonist should not be younger than your intended audience. Kids love to read about someone their age or a little older. They're not huge on the adult perspective, either. Younger ages tend to deal with lighter topics than older children, too. Young Adult books can deal with pretty much anything, but a picture book intended for babies or kindergarten age won't often reference sex, drugs, or death.
M: There seems to be a line of demarcation between a picture book and a Young Adult book. Yours, I take is a picture book. Can you elaborate about the difference?
R: It's not even as simple as that. There are board books for babies or toddlers, picture books for babies, toddlers, and school-aged children, chapter books, middle grade, and young adult. The Art of Science is a middle-grade novel for the age range.
M: Do children’s writers do both, or do most stick with one or the other?
R: I think many children's writers write for one age range, but some write for many different levels, including adult. With pseudonyms and different ways to write a single name, I'm not sure that's really known.
M: Most aspiring writers are interested in knowing how authors got their first book published. What is the story behind getting The Art of Science published?
R: I wrote the rough draft as part of a class. Then I was sure it was terrible, so I "stuck it in a drawer" meaning I didn't open the file where I kept it for five years. Then I knew a publisher online who was running a contest for children's books, and I just commented in a group setting that I'd written a children's book once. She encouraged me to send it in, and after a lot of coaxing I had a friend help me decide to edit it. I was so amazed when I won. There were two parts to the contest: one was with editors and the other was with readers in the target audience. Both of them preferred mine to the other books. One thing I've learned from that is I really enjoy sharing my books, especially with people I wouldn't otherwise meet.
M: Who did the illustrations for your book and what is your relationship with the illustrator?
R: I didn't get to choose my illustrator. He was picked by my publisher. The novel cover was an idea from my publisher communicated to him - I only got to see it in the semi-final state before the fonts had been finalized. I was really excited about it as soon as I saw it. He also did a few interior illustrations, and I chose what those were and where they would appear. It was harder than I thought to put that together. Either I wanted to show something too complicated or it seemed like all the illustrations were in a row. It worked out nicely in the end. Stephen's a good illustrator.
M: What's "on deck"? Do you have any pending projects?
R: I'm working on a young adult novel titled Don't Tell Your Mother. The rough draft is completed, and I'm slowly editing it. My main character is named Ethan Porter, and he lives on a farm. His trouble starts with some kids his age moving into his neighborhood (a term used loosely to mean within 10 to 15 miles in farm country) that Ethan's father says to stay away from, for no good reason.
M: I have a bit of an idea about the promotion for an adult mystery, but it seems that children’s book promotion is much different. What is promotion of a children's book like? 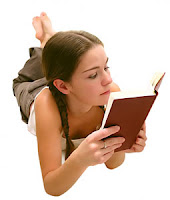 R: I think a lot of it is like other books - you have to be determined to get your words out there. Sometimes it's finding a special librarian who needs to read your book to get it into the library. Other times it's difficult to get the word out to the target audience to get them in to the bookstore, with cash-toting guardians in tow. Schools are another avenue to pursue, but it isn't easy to know how to get in there. They want authors to come in, but the program also has to be related to the book and to school.
M: When I meet an author who writes for children and young adults, I automatically assume a teaching or education background, perhaps in elementary education. What is your background?
R: I have an engineering degree, but I prefer to think of myself as retired or recovering. What's a recovering engineer do? Stops going to meetings! Since then, I've become a stay-at-home mother. My daughter is the same age as my book.
M: Besides your full-time work as a mom, do you do any work with kids, or teach any classes?
R: I tutor kids in math and science, and I also teach an adult education writing class "Basics of Writing Speculative Fiction" with Des Moines Area Community Education and a college drafting class.
M: I know you’d like to do classroom or library presentations; how would someone get in touch with you to make arrangements?
R: noble.ransom@gmail.com is the easiest.
M: What's the best way to buy The Art of Science?
R:  Amazon on line and Barnes & Noble on line.
M: And do you have a Facebook site for “friends”?

M: Finally, I have to ask: are you related in any way to my protagonist Parker Noble? Second cousins or something like that?

R: I haven't been accused of that yet, but you never know.

M: Thanks a lot, Ransom. Perhaps some of our readers might have a comment or question.
Posted by Mike Manno at 5:30 AM