Mondays With Mike: Murder in the Vatican? 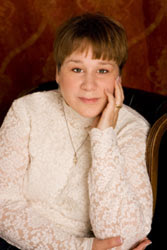 SINCE MY FIRST book involved the murder of a nun, I could not resist interviewing the author of a book with the intriguing title of Murder in the Vatican: The Church Mysteries of Sherlock Holmes. Of course finding Ann Lewis wasn’t hard; she is the president of the Catholic Writers Guild, an international organization for Catholic Writers. Ann began her writing career writing tie-in children’s books and short stories for DC Comics. Most recently she published a second edition of her book, Star Wars: The New Essential Guide to Alien Species, for Random House. In addition to her latest book Murder in the Vatican: The Church Mysteries of Sherlock Holmes, she is also co-writing a historical novel entitled Roman which tells the true story of a priest in 1840s southern Indiana who was accused of assaulting a woman in a confessional
A classically trained soprano, Ann has performed around the New York City area. She has many interests from music to art history, to theology and all forms of literature. After living in New York City for fifteen years, Ann moved to Indianapolis, Indiana with her husband Joseph and their son, Raymond. Together they enjoy their life in the heartland.
Mike: Okay, Ann, the first thing I want to know is about Murder in the Vatican. What is going on and how did Sherlock Holmes get involved with the pope? 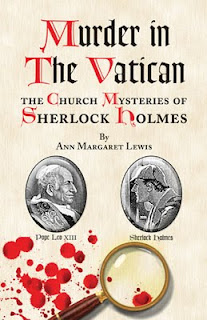 Ann: Sherlock Holmes’ first encounter with the pope, which was mentioned in Hound of the Baskervilles, occurs when Queen Victoria dispatches him to locate a set of precious 1st Century cameos that the pope was sending as a gift to the British people (with political implications). When the courier arrived to present the gift to the Queen – the case was empty! Naturally Her Highness sends Sherlock to hunt them down because he has solved sensitive cases for her before, as well as many crowned heads of Europe. (All of this is told in the second story of the book, “The Vatican Cameos.”). All three of the stories in this book are based on cases that Watson mentions in the original stories but never tells us. These cases are called “the untold tales” in Sherlock Holmes fandom. I took three of the titles, all having to do with the Church, and told the stories for them.
M: This is an interesting concept, the pope and Holmes. How did it come about and is the style patterned after any other similar concept?
A: This type of “pastiche”—writing Holmes stories in imitation of Doyle’s style—has been done by many authors. I’m in such company as Nicholas Meyer, Isaac Asimov and even Sir Arthur Conan Doyle’s own son Adrian. But as far as I know, none have tackled all three of the church mysteries mentioned in the original stories and collected them together.
M: While you are using a fictional character, Holmes, the pope presented, Leo XIII was a real person. How did you go about providing a “voice” for a real person in a fictional setting?
A: To capture Leo’s voice, I dove into his writing—encyclicals mainly—and I went crazy finding as many sources on him as I could. I went out of my way to find primary source material or period sources. I managed to find a great article from a magazine called The Century dated February of 1896. I found another terrific article online done by a contemporary journalist named James Creelman who personally met and interviewed Papa Leo—the first journalist ever to interview a pope. Both of these gave me great insights into his character. I also read a period biography (written by a priest mentioned in one of my stories, by the way). Using works from that time helped me get into the proper frame of mind for the character.
M: What was hardest about writing Murder in the Vatican: The Church Mysteries of Sherlock Holmes?
A: Avoiding anachronism was certainly up there, but I think the hardest part was imitating Doyle’s voice. While I was more familiar with Doyle’s language over Pope Leo’s, his voice is more recognizable and I know I have folks who will pick it apart. Pope Leo, not so much. I was imitating Pope Leo’s voice as translated into English, so there was bound to be some leeway. With Doyle, even you have his music or you don’t, and the pastiche will sink or swim depending on how well you pull his voice off. That did intimidate me.
M: How did you feel about fictionalizing Pope Leo XIII? 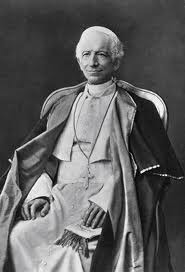 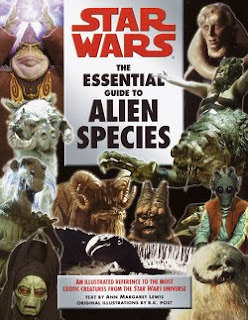 M: Tell me about your Star Wars Book.
A: I wrote The Star Wars Essential Guide to Alien Species in 2001 for Del Rey Books (part of Random House) as well as its second edition, The New Essential Guide to Alien Species (2007). It was the first big book I ever published. It was a lucky break for me and it was a lot of fun to do. I was given the opportunity because I was familiar with the universe, but also because I had experience working with licensed properties. My second job out of college was working at DC Comics in their Licensed Publishing Department, so I had learned how characters that belong to someone else are treated at a corporate level. That was a must for Star Wars. Though with the second edition of the Essential Guide to Alien Species, I had to draft a friend of mine Helen Keier to co-write it with me because I’d given birth to my son in the interim and I’d not been able to keep up with what as was happening in the Star Wars universe. She was a huge, huge help. I believe both editions are still available on Amazon. 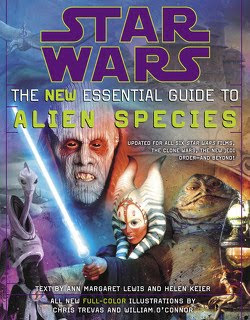 M: You are president of the Catholic Writers Guild. What is it all about?
A: The Catholic Writers Guild was formed as a means of supporting Catholic authors, to help them get published and compete in the world of ideas. Our goal is a rebirth of Catholic arts and letters. We encourage their writing through conferences, critique groups, online forums and chats, and (hopefully!) writers retreats. We have about 150 members. Folks can learn more at http://www.catholicwritersguild.com/.
M: Does the organization proselytize or is it just a group of like-minded authors? In that vein, do members all write religious books, or do you cover a variety of genres?
A: CWG is really a group of like-minded authors, publishers and such who want to help build a vibrant Catholic literary culture. Our members write every form of book you can think of, from children’s books, to SciFi/fantasy, to mystery, to religious devotionals and even comics. We also have journalists and illustrators. Our goal is to encourage our fellow faithful Catholic writers and artists to get out there and compete.
M: I know you sponsor a writers’ conference. Can you tell us something about it and how someone might attend?
A: We sponsor two conferences, one online and one live. Our live one happens usually every August in conjunction with the Catholic Marketing Network Trade Show. Our online conference is free, and that occurs each spring. Our next online conference will take place March 21-27, 2010. We get a lot of great speakers online, useful information—all free. We even have opportunities to pitch publishers (both secular and Catholic). You can find out about all our conferences by visiting http://www.catholicwritersconference.com/.
M: Where can someone buy your book?
A: It’s going to take a bit of time for my book to show up on Amazon, so the best place is through the publisher’s web site: http://www.wessexpress.com/.
M: How can readers contact you?
A: You can reach me by emailing me through my web site: http://www.holmeschurchmysteries.com/.
M: Thank you, Ann for taking time out of your day to be with us.
A: It was a joy. Thank you!
* * *
BTW, Ann’s Star Wars books can be found here: first edition; second edition. As usual, comments are welcome.
Posted by Mike Manno at 5:35 AM