That was quick: New senator heads for book deal 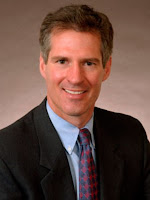 PUBLISHERS LUNCH is reporting that newly elected Senator Scott Brown (R-Mass) has retained Robert Barnett at Williams & Connolly to help him secure a book deal. The senator’s communications director Gail Gitcho says Brown is "honored and humbled to be approached by many people who want him to tell his inspirational personal story.... He will tell his story in a book in hopes of providing insight and encouragement to others and also to ensure that the record is complete and accurate." He'll work with a collaborator so that he has some time to serve as a senator, and will donate "part" of the proceeds to charity. Maybe I can jump start the advance sales for End of the Line if I run for office. You apparently don’t even have to win, just look at the sales numbers for Sarah Palin’s book. Humm…is the dog catcher job open this year?
Posted by Mike Manno at 11:18 AM