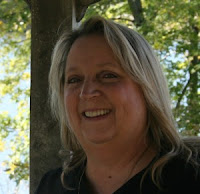 THIS WEEK IS the third in the series about the other four authors who will be joning me Friday October 12 at Chololaterie Stam, 2814 Ingersoll, Des Moines from 4-7 p.m. C. Deanne Rowe is a prolific writer who has co-authored a number of books in the Stilettos Series: Mrs. Clause Wears Stilettos, Venus in Stilettos, and Stilettos (Flip Flops) in the Sand.
Here is waht Deanne says about how she got involved in writing: "Growing up in Oklahoma I was always the dreamer. . . . I learned when I was young it was easier for me to put my feelings down on paper than to express them in spoken form.  I started writing poetry and short stories to help express those feelings.
"After thousands of thrips to the bookstore and many writing related books later I finally got up the nerve to register for a romance writing class through our local school system.
"I joined a local writing group, which has since dissolved.  Several of us stayed together and formed our own group called Saturday Writers.  I became a member of Romance Writers of America, Iowa Romance Novelists and Two Rivers Romance Authors.  I also belong to a group of women named Plotters Anonymous and a Critique group where I believe I have learned the most to further my writing career." 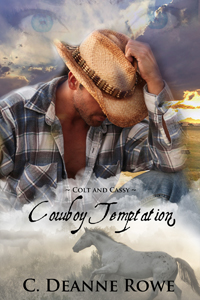 Her latest book is Cowboy Temptation -- Colt and Cassy.  It is about a woman who returns to her family's farm to care for her ailing grandfather. When her grandfather is murdered, she discovers evidence that leads her to believe that a trusted farmhand may be responsible and she has to balance her feelings for the farmhand with the evidence that shows him to be guilty.
You can check out Deanne's website at http://www.cdeannerowe.com.
Deanne will join authors Maggie Rivers, Ann Morris, James Selover and me at Chololaterie Stam October 12.  We'll be signing our books and I'll have my two murder mysteries, Murder Most Holy and End of the Line.
Posted by Mike Manno at 4:31 PM