OKAY, OKAY, I’M temporarily (perhaps permanently) bringing back Mondays with Mike to introduce you to the authors who will be joining me  Friday October 12, at
Chololaterie Stam, 2814 Ingersoll, Des Moines – from 4 to 7 p.m. The first author is James Seloover and here is a bit of a bio for him: 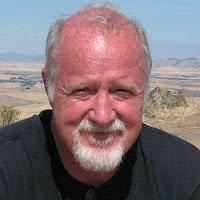 He was raised in northwest Oregon, and graduated from Knappa High in Knappa, Oregon
Realizing that he was stagnating in the lowest professional ranks of a part-time pot-washer, he enlisted and spent four few years with the Air Force in the field of electronics maintenance, four more in college earning a BS in Businees Administration, then on to the world of mid-management in retail for an excruciating amount of time. Then it was on to Spokane Community college to learn web development and to the Oregon Department of Forestry, and finally with the Department of Administrative Services in Des Moines. He had a short stint as a long-haul flat-bed truck driver in the western states between retail and Spokane Community College.
Convinced of the fortunes to be had in the literary field, James wrote A Bed of Needles. Riding the crest of the ripple of Needles', success, he squandered scant time and is well into the next book, tentatively titled, Never Say Always, due for completion in 2012. 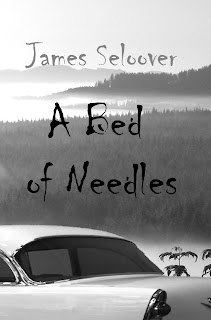 The story in A Bed of Needles is of two teenagers who became involved in a sexual relationship and believed they could handle it. The could not. They both made mistakes and both suffered. Both suffered abuse, the girl's from the family she grew up in. The boy's from the girl. Their entire relationship occurred during their short time together in high school and time the boy was in the military. He joined the military because of the marriage and their circumstances.
The book, dealing with domestic abuse while the main character is enlisted in the Air Force, coencides with both "Domestic Abuse Month," approaching in October, and with Veterans Day in early November.  There is violence, sex, and adult language. It is not a book for minors. It does have its humorous parts.
James’ web site is http://jamesseloover.com.
Don’t forget: Friday October 12 at Chololaterie Stam, 2814 Ingersoll, Des Moines – from 4 to 7 p.m.  Hope to see you then and I’ll have copies (discounted) of my two murder mysteries, Murder Most Holy and End of the Line.
Next week: more authors!
Posted by Mike Manno at 1:48 PM