Saving Paulo, A Novel of Suspense 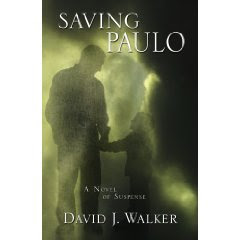 OKAY, YOU GET FIRED FROM a low-level civil service job and now have to face the cousin who got you the job and tell him. You know it won’t be easy, but it’s what comes after that starts Charlie Long on hair-raising journey around Chicago and to the jungles of Brazil accompanied by an elderly physic, a pretty heiress and agents from the drug enforcement agency.

Charlie’s adventure starts after getting bawled-out by his attorney cousin about losing his job when he witnesses the murder of a man in a Chicago alley. Caught between the victim and his killers is a frightened little boy whom Charlie impulsively whisks from the scene to protect him from what turns out to be a band of foreign thugs ready to kill to get their hands on the boy.

Pursued by the killers, Charlie manages to take refuge in what appeared to be an empty store front but turns out to be the residence of a physic advisor who seems to have a bit more insight into the boy and Charlie than she should have. With her help, Charlie is able to survive the moment only to find that his and the boy’s life are in jeopardy courtesy of the head of a South American drug cartel.

Saving Paulo is David Walker’s first stand-alone suspense novel. The author of the Mal Foley and Wild Onion, Ltd., series weaves an entertaining story line around some very believable yet unusual characters into a first class work. It is the story of how a chronic underachiever rises above himself to put the interest of a little boy who doesn’t speak above his own life, and how, in the end, he makes the biggest sacrifice of his life to give Paulo the life he deserves.