Merry Christmas and Happy New Year to all 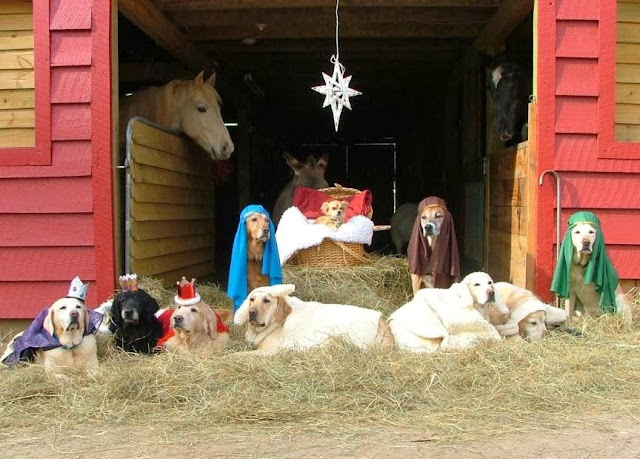 Our nation’s Thanksgiving: A time to thank God

OUR NATION'S FIRST Thanksgiving Day took place on November 26, 1789.  It was a religious event.
To the chagrin of the anti-religionists among us today, on September 25, 1789, the first act of Congress after framing the Bill of Rights, which prohibited an establishment of religion, was to pass a resolution requesting that the President of the United States recommend to the people a “Day of Public Thanksgiving and Prayer.”  This Resolution is clear evidence that our Founding Fathers never imagined that the language of the Establishment Clause they had just adopted in the Bill of Rights would someday be interpreted by the Supreme Court as creating a “wall of separation between church and state” and used to ban God from the public square.
Washington enthusiastically agreed to the Resolution of both Houses of Congress.  In his Proclamation dated October 3, 1789, he began: “Whereas it is the duty of all nations to acknowledge the providence of Almighty God, to obey His will, to be grateful for His benefits, and humbly to implore His protection and favour; …”
Nowadays, Thanksgiving in America is a joyful celebration; a day to spend with family and friends; a day to eat turkey; a day to watch football and Thanksgiving Day parades.  But at this time of great turmoil around the world, it is important that we reflect on the reasons for our Nation’s First Thanksgiving.  On this Thanksgiving Day, please, take time to thank God for the many blessings we enjoy in this amazing land of ours, and to think about, and implore God’s protection, over the men and women serving in our Armed Forces who stand the lonely guard, in rough and faraway places, so that we may enjoy this Thanksgiving Day far from the sounds of war.
Below is the first National Thanksgiving proclamation issued by President Washington. Please take a moment to read it. Click here to see the actual Proclamation.
Posted by Mike Manno at 7:24 AM No comments:

Conscience rights under the Obama Administration, next on Faith on Trail

ON MAY17, 2009 President Obama gave the commence address at the University of Notre
Dame and was awarded an honorary degree.  The invitation was controversial and was opposed by the local Catholic Bishop and 80 other U.S. bishops across the nation, as well as numerous members of the faculty at Notre Dame.  During his address, the president said:  "Let's honor the conscience of those who disagree with abortion, and draft a sensible conscience clause, and make sure that all of our health care policies are grounded not only in sound science, but also in clear ethics, as well as respect for the equality of women." How well did he do in honoring the conscience rights of those who disagree with abortion? This week on Faith on Trial Charles E. Rice, Professor Emeritus at Notre Dame Law School, will grade the president on that promise.  Professor Rice is the author of the book What Happened at Notre Dame and the forthcoming Contraception and Persecution. Listen to Professor Rice this Tuesday at 9 a.m. and re-broadcast at 9 p.m. (central) on Iowa Catholic Radio, 1150 AM, 88.5 & 94.5 FM and streaming live on IowaCatholicRadio.com.

Where were you 50 years ago today? Do you know who else died that day? 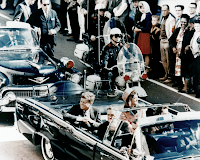 EVERYBODY ALIVE 50 years ago will remember where they were when they heard the news of President Kennedy’s assassination in Dallas, Texas.  This weekend there will be numerous television specials on the assassination and its continuing affect on the United States.  But did you know that on the same day President Kennedy (b. 1917) died the great Christian apologist C. S. Lewis (b. 1898) also died? Lewis, you might recall, was a prolific author who penned such classics as The Chronicles of Narnia, Mere Christianity, the Great Divorce and the Screwtape Letters.  Ironically, Aldous Huxley (b.1894) also died on this date 50 years ago.
Posted by Mike Manno at 10:10 AM No comments:

A big, big thank you to Joy King and the staff of the Kirkendall Public Library in Ankeny for the great Authors Fair Saturday. Great event and all who were there really enjoyed it. Thanks again, Joy, and your entire staff.